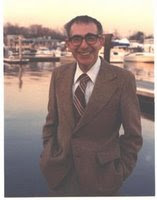 Raoul Pleskow, composer, was born in Vienna, Austria and educated in New York City. His principal teachers in composition were Karol Rathaus, Otto Luening, and Stefan Wolpe. He has been recipient of many honors, the most recent of which include awards by the National Endowment for the Arts, the Martha Baird Rockefeller Fund for Music, the National Institute of Arts and Letters, and a fellowship from the John Simon Guggenheim Memorial Foundation. His works have been performed by the Cleveland Philharmonic, the Tanglewood Festival Orchestra, the Plainfield Symphony, the Orchestra de Camera, the South Dakota Symphony, the Pierrot Consort, the Stony Brook Contemporary Chamber Players, the Queens Symphony Orchestra and many others. Commissions include those by the Chamber Players of the Kennedy Center, the Aeolian Chamber Players, the New York Virtuosi, Camarata, the North/South Consonance and the Unitarian Church of All Souls. He was Chairman of the music department at C.W. Post University from the late 1960s until 1994. His work can be found on CRI, Serenus, Ars Nova-Ars Antiqua, Golden Crest, Centaur, CRS, Capstone, and North-South Records.

Konzertstück for Violin and Piano (2008)

This piece consists of a brief cadenza for solo violin that leads into a quasi-fantasia for violin and piano. It is followed by a second movement in form of a rondo. The work is non-tonal and is dominated by the violin. It is dedicated to the memory of my father, a violinist. (World Premiere)