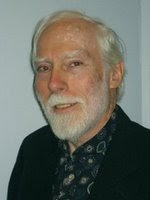 Brian Fennelly (born 1937) studied at Yale with Mel Powell, Donald Martino, Allen Forte, Gunther Schuller, and George Perle (M.Mus ‘65, Ph.D. ‘68). From 1968 to 1997 he was Professor of Music in the Faculty of Arts and Science at New York University, where he is now Professor Emeritus. In addition to a Guggenheim fellowship, his awards include three fellowships from the National Endowment for the Arts, two Koussevitsky Foundation commissions, and an award for lifetime achievement from the American Academy of Arts and Letters. His catalogue includes fifteen works for orchestra, twelve of which have been recorded; choral music; and chamber music including Skyscapes I-IV, Evanescences for instruments and tape, two piano sonatas, three string quartets and three brass quintets. His music has been awarded prizes in such prestigious competitions as the Louisville Orchestra New Music Competition and the Goffredo Petrassi International Competition for orchestral music. He is co-director of the Washington Square Contemporary Music Society, which he founded in 1976. In November 2007 Albany records released a new CD of his chamber music featuring the Da Capo Chamber Players, Pro Arte String Quartet, the ensemble counter)induction, and pianist Blair McMillen.

'Sigol’ for Two is a fantasy for violin and cello written in 2008 for the Parnas Duo. It is the fifth work based on materials first heard in Sigol Musings (2004) for solo violin, written for violinist Rolf Schulte and dedicated to the composer’s granddaughter Sigol Sara Fennelly, born in 2003. The “Sigol” theme itself can be seen as an imagined portrait of the child, beginning rhapsodically and concluding with a little dance. ‘Sigol’ for Two is in seven contiguous parts that can be regarded as free variations: the “Sigol” theme, a scherzando, a nervous fantasy, a paraphrase of the theme, a quixotic drama, a lullaby, and a muted reprise of the scherzando. 'Sigol' for Two won the New York Composer Circle's 2008 composer competition and was recorded in March 2009 by the Parnas Duo for their second CD on the Sheffield Labs label.
Posted by American Composers Alliance at 3/11/2009